Nottingham
friends of the earth

Local campaign groups have told a planning inspector that stronger controls are needed to protect Nottinghamshire from fracking. The County Council had refused to include a separate policy on fracking in its Minerals Plan. Issues raised by representatives from Frack Free Misson and Teversal, Skegby and Stanton Hill Neighbourhood Forum at a hearing on 28 October included:

These proposals were opposed by the County Council and industry representatives. For more details see Drill or Drop. 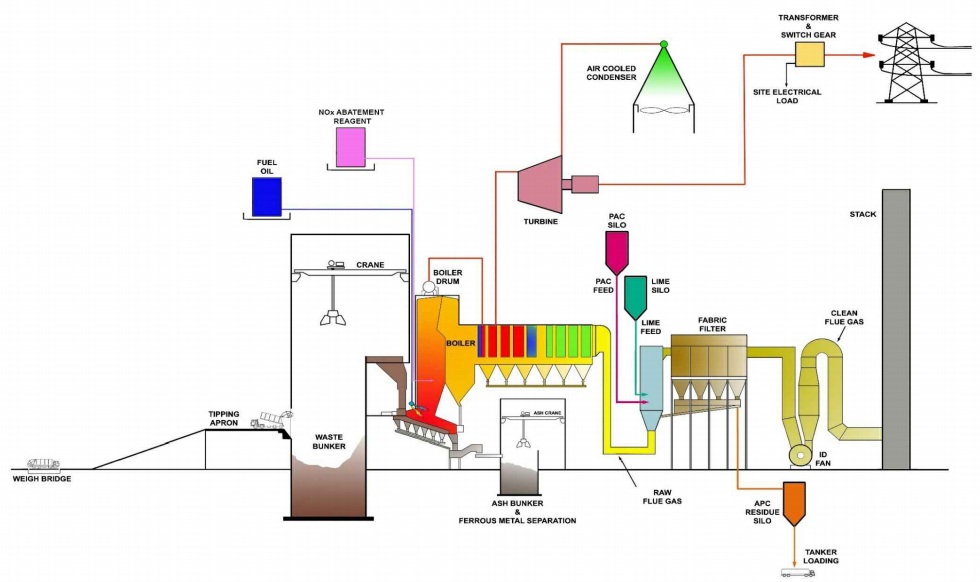 At long last the coal-fired power station at Ratcliffe on Soar will have to shut down by 2025. The bad news is that operator Uniper wants to replace it with a large waste incinerator. You can still object until the County decides whether to give planning permission. See our objection >

In January 2020, the City Council launched a consultation on its Action Plan for Nottingham to be a carbon neutral city by 2028. A response from Nottingham Friends of the Earth criticised the lack of urgency, and lack of clear priorities. But we did support most of the proposed action points, including:

Friends of the Earth has launched a campaign to double tree cover in the UK by 2045. For National Tree Week they provided 500 saplings for planting at a city centre rest garden managed by the Women's Institute. Other local tree-planting initiatives included:

Following questions asked at Notts Pension Fund AGMs in 2015 and 2018, Extinction Rebellion Nottingham organised a demonstration at the AGM in October 2019, singing "Divest Now ... there's no time to waste", with Captain Fossil sailing into climate oblivion throwing out dud £20 notes. As questions were read out in the AGM, people looked down with T shirts saying Climate Emergency - Divest Now. Read More >

Notts County Council is consulting again on their Minerals Plan. Most of the area around Sherwood Forest has been licensed for fracking. The area is already known as the earthquake capital of the UK due to former mining. Sherwood sandstone contains aquifers important for drinking water and agriculture. But the Plan has no specific policy to protect us from fracking. Help put a stop to this fossil fuel madness. Have your say >

Extinction Rebellion Nottingham has produced a Briefing to explain why Nottinghamshire Pension Fund should get its money out of fossil fuels.

People are being asked to write to their local councillors. Demands include:

Nottingham Friends of the Earth has produced a Briefing on HS2 which is highly critical:

Newly formed campaign group Clean Air Nottingham says the City Council is not doing enough to tackle the problem of small particles. Their report, Nottingham's Secret Killer, shows levels of PM2.5 above World Health Organisation guidelines in many parts of the city, including near the Queen's Medical Centre. Clean Air Nottingham is calling for:

Tyre wear the biggest cause of microplastic pollution (Nov 2018)

A new report from Friends of the Earth says that tyre wear is probably the main cause of microplastic pollution in the marine environment. Washing clothes also makes a large contribution. For larger plastic items, wet wipes and bottles are a big problem.

A new report from Friends of the Earth reveals that many local authority pension funds, including Notts, are not doing enough to reduce the financial risks of climate change. Notts is taking almost no action to protect members' funds.

The report looked at 19 large local authority funds. Notts came in the bottom category of 'laggard'. The report says: "Their failure to act is a breach of their fiduciary duty." Read More >

Pollution around the QMC is unsafe (Oct 2018)

A new report from the British Lung Foundation says that pollution levels around the QMC are unsafe. And both the City Council and Highways England should be doing more. Fine particulates (PM2.5) are linked to 6.4% of adult deaths in the city. "Transport remains an important contributor to poor air quality, and, in 2020, petrol and diesel cars will still be one of the main contributors to poor air quality." So more needs to be done to curb traffic on the trunk roads around the QMC. Read More >

Members of Notts Pension Fund have started to ask questions about its investments in fossil fuel companies. At the Fund's Annual Meeting in October 2018, members raised more issues about both the ethics and financial risks associated with fossil fuel investments: Read More > 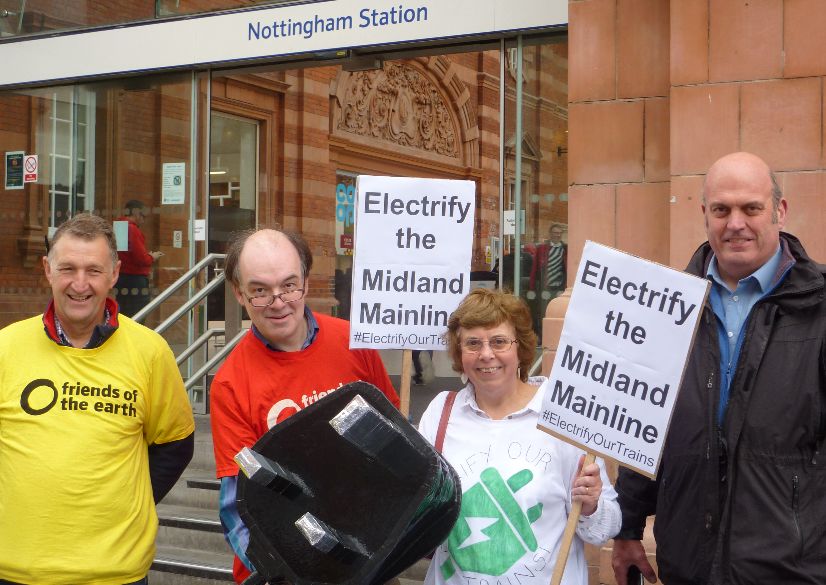 On 7 October, campaigners from Leicester Friends of the Earth brought their 'Big Plug' campaign to Nottingham Station. This follows a government decision to cancel electrification North of Kettering, and introduce 'bi-mode' trains which will run on diesel for most of the journey from London. We say "We should be scrapping diesel trains not building new ones. Diesel trains are heavier, so less efficient and take longer to stop and start. All mainline trains should be moving to electric. That will save money, reduce climate emissions and reduce air pollution." People were asked to write to their MPs to tell Transport Secretary Chris Grayling to reverse the decision to cancel electrification." Read More >

After years of complaints from local residents, the City Hospital has only just stopped burning coal. That follows a campaign backed by Nottingham Friends of the Earth. This is one of the last coal-fired boilers in the city. Read More >